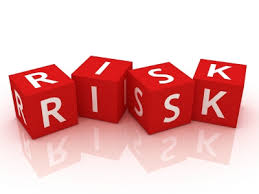 So after stepping my feet just off the “J” Train at the Broad Street Station for my first job on Wall Street in the Summary of 1981, thirty five years later I figure I learned a thing or two. I miss the old days when most of the securities were in physical form. I actually help Treasury Notes in my hand. Held them together with a “T-Pin” and walked them with an armed guard to the FED (Federal Reserve Bank).  I’m continuing my LinkedIn Pulse first segment in this series, “A Day In The Life Of A Custody A/C Officer”.
Back in the day, we received so may emails we tried to read them all, but especially the ones who subject ended with “(Read This One). Out the first three segments I’ve done so far in this LinkedIn Pulse series, Read This One. Risk. More of concern post the financial crisis, then pre the financial crisis.  Just a week ago today, The New York Times Dealbook reported on how not just Corporations are going to be held to stricter standards but executives as well. You know how deals get struck with corporations where they get charged lesser fines (though note the less huge) for cooperating, now they only get those lesser fines if they also “give up” the executives and employees who are responsible. So where we thought settlements were huge in the millions nad billions, if there is no cooperation they will be really huge. These can avoided (sometimes not altogether) by tighter Risk controls. There are so many flavors of risk (Financial, Reputational, etc.). One might have thought in the past, “Oh, it’s just a loss, the company will take the loss.”. Now, it evident someone(s) will be held directly accountable and as we have seen, some though not directly accountable will have to “take one for the team”.
The onus then is on each individual to take their role as being directly responsible to mitigate risk for the firm. Everyone should always be thinking this way, but it’s becoming more evident there is no longer a choice. As a custody account officer servicing Investment Managers, Financial Institutions, etc. I worked with the mindset that the onus is on me to “get in front” of potential risk events as follows:
1.      Checking Cash Projects early in the morning to ensure that the account was properly funded and ensure the client was aware
a.     The client could be reflecting a huge O/D at the end of the day. I need to know if they are aware and are funding the projected O/D. If they say they have a large sale to cover the O/D, I need to ensure that sale is matched. On Settlement day it should be in a matched state. If not and it’s an issue with the Counter Party (CP), then the client should be aware
2.     Checking Trade Settlement Fails for reasons, contacting the Counterparties, Initiating Buy Ins if necessary to cover the Counterparty being short shares
3.     Ensuring Mutual Funds were moved by the required deadline for the day for proper funding by settlement
a.     Some funds close very early and if funds are to be swept manually and the cut off is missed those fund remain uninvested thus will not earn the fund interest which may be very higher than the interest earned if any on idle cash.
4.     Ensuring Corporate Actions (Global & Domestic) were responded to on time, correctly and the client was aware of their options and deadlines
a.     The Client could have elected to receive Cash on an Exchange Offer but instead the system is showing Shares. It’s critical that the instructions given were exactly what was acted on. It could be a major loss to the client, when trying to get cash for those shares as the price could have changed dramatically.
5.     Checking that Redemption/Income Payments are occurring correctly on Redemption date.
It’s important when it comes to “signing your signature” which may be authorized up to a certain amount that you question. If you name is going on it, you need to be sure you can explain what you signed. I’m sorry, but “Just sign it!” doesn’t cut it in our business. You need backup documentation to support what you are signing.
It’ s important also to not just “do the work” but understand why you are doing it. You need to understand whatever instrument you are dealing with it. I’ve seen situations where items were being labeled as TBA’s (To Be Announced, just before they become Pools of Mortgages), that were not in fact TBA’s. I found out that the persons doing the work had “always done it that way for years”. Metrics were built around this process with Reporting (Internal & External) and it was never questions.  I secured the domain name http://tbasecurity.info/  to provide some links relative to the TBA/MBS Process as well as Books and Videos around the subject.
As an Operational Risk Technical Analyst, I’ve produced reporting around Vendor Risk. It’s important to know the impact of the Vendors being used to your firm. You need to be able to access where the impact is High, Low or Medium. If mission critical applications are being run on Vendor Systems that are High Risk, Risk Assessments need to be done quite often. Questions need to asked ofr the Vendor to determine what they are doing to mitigate risk. Preliminary Risk Assessments will be key to the health of any business.
Mike Holman